Don’t get me wrong. I absolutely love my job as a voice-over talent. Being able to make a living doing something I enjoy and am skilled at is a fortunate blessing. Yet I have many other blessings outside my job that also bring me joy and a sense of fulfillment.

That’s where many in today’s society have gone wrong. Instead of having passions outside their jobs, they have been told make their jobs their passion. Many become compelled to only take jobs they feel have meaning, purpose and represent their true calling. They refuse to even consider any type of work unless they think it’s going to bring them fulfillment and contentment.

This alarming shift is outlined in an article in The Atlantic, where writer Derek Thompson explores the phenomenon of “workism.” And it’s wreaking havoc on the nation as a whole.

Workism is the idea that work is more than just a way to earn money. It is instead viewed as the core of a person’s identity and life’s purpose, a way to find contentment and fulfillment. In other words, it’s pretty much the worship of work.

The roots of workism can be traced back to the long-standing American Dream, the idea that you’ll enjoy material riches and success only if you work hard and give it your all. But workism takes it to the next level, promising not only success on the material level, but on the emotional and spiritual levels as well.

Workism, for many, is taking the place of traditional faith, which is on the decline in the U.S. The workism movement has spread across generations, and particularly hits hard with millennials.

It’s become such an obsession that a full 95 percent of teens responding to a Pew Research study ranked “having a job or career that they enjoy” at the top of the list of “extremely or very important” things to have as an adult. The report, by the way, was examining the epidemic of youth anxiety. 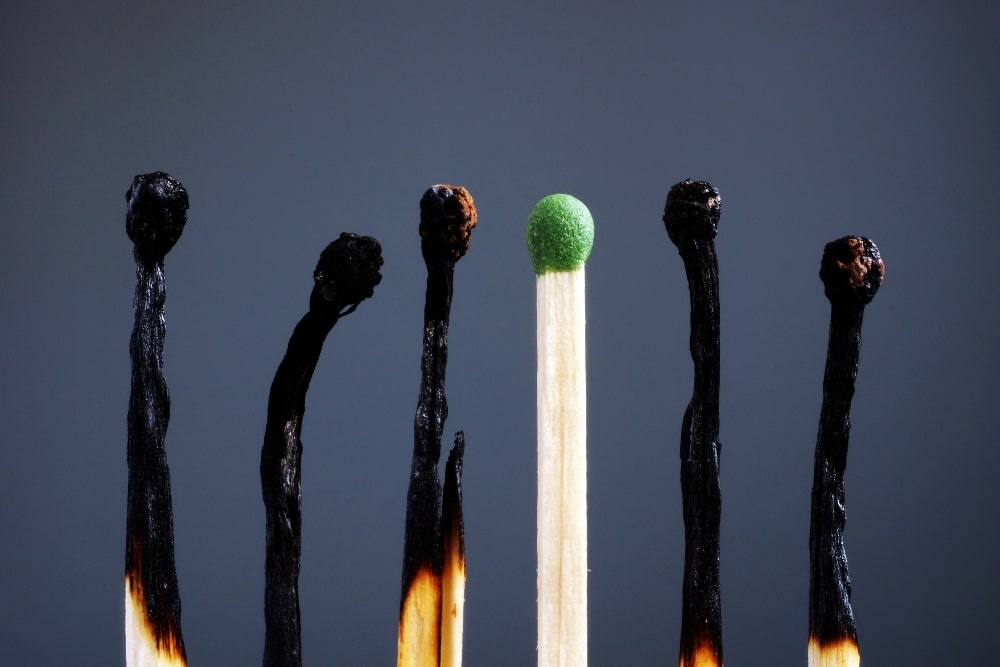 It’s no coincidence the Pew study had been investigating youth anxiety, as anxiety is one of the foremost side effects of worshiping work. Others include mass disappointment, disillusionment and inevitable burnout.

Expecting More than You’ll Get

Work was designed as a way to earn money, not as the be-all and end-all to the meaning of life. One of the dangers of trying to make your work be meaningful is that most work is not meaningful. It’s work, and generally something you probably wouldn’t do unless you’re being paid to do it.

When people devote their entire lives to work, worshipping something from which they can actually be fired, they’re setting themselves up for a painful fall if the market doesn’t behave. And its behavior is out of anyone’s control. The concept of workism is falling flat itself, with Gallup reporting nearly 90 percent of workers are not engaged in their jobs. It’s also creating a culture of misery, perhaps explaining why anxiety and depression have increased significantly over the past 40 years.

The jobs that appear somewhat meaningful, or seem that way to the masses, are becoming saturated with people seeking out their life purpose in their work. This creates a big supply of people interested in that type of work – resulting in low demand and even lower pay. That tends to make “meaningful” work some of the lowest-paying around unless you happen to be the owner of the business or high enough on the totem pole to command a good salary.

The voice-over industry has experienced a massive influx of job seekers over the past few years, as have other industries that appear to have jobs that people think will bring on good feelings and a sense of wholeness. Now is exactly the wrong time to be pursuing so-called meaningful work, since so many young people are doing exactly that. A more strategic tactic would be to pursue a career in something that pays the bills and then have a meaningful life outside of work.

Most people are actually happiest when they’re spending time pursuing their hobbies or with family and friends – not jammed behind a desk looking for the meaning of life.

Finding Meaning in Anything You Do

Another important thing to remember is that you bring meaning to your work; it doesn’t bring meaning to you. No matter what you do for a job, you can always create the meaning you want. While this might seem like a controversial idea to some, if you really examine it, you’ll find it to be true and accurate. More to come on this idea in the near future.

Depending on a person’s mindset, being a plumber or HVAC technician could have more meaning than being a Broadway producer or star. After all, which changes a person’s life more? Seeing a really great Broadway show or getting their furnace repaired so they can have heat during the winter?

Most folks would agree getting the furnace fixed is a more meaningful thing for them because it impacts them all winter long. You can make a huge difference in peoples’ lives by doing very ordinary things. This is the missing piece in today’s way of thinking about work. Millennials especially are failing to realize that THEY create their own meaning in what they do.

So yes, my voice-over work is very meaningful. I enjoy it, am passionate about it, and am extremely grateful to have it. But it’s not my only source of joy or the only way I find enlightenment in life. And, like any job, it can sometimes be a source of frustration, stress, and discomfort. That is the nature of the reality we live in. Nothing is perfect, every job has its drawbacks and downside. The attitude and perspective you have about those areas especially will make or break how much joy you experience in your work.

Are you looking for an experienced and passionate voice-over talent for an upcoming project? Your search is over… Contact Debbie today.