Female Voice Actor Debbie Grattan shares why attitude and a positive perspective are critically important when trying to build a successful voiceover career.

In reading blogs from other voice actors, I’m noticing that lately I am hearing a good deal of complaining. Discussions about the negative state of the economy, how the market is flooded with “wanna-be” voiceover talents, and that those who used to be able to make a good living as voice actors, without a lot of effort, are now having to either work much harder, or settle for a smaller piece of the pie.

All of these points are valid and true to some degree. However, I have learned that in order to stay on track, I have to align myself with a truth that allows me to feel good and keep moving forward in my voiceover career. 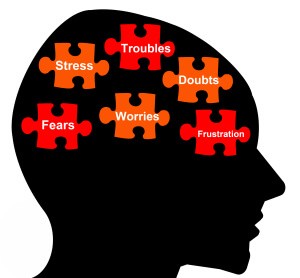 The perspectives and points of view that sound like complaining will actually cause me to become stuck in a whirlpool of negativity, because the way I see the world is how the world will be reflected back to me.

Another saying I’ve found to be true is, “If you change the way you look at things, the things you look at change.”

I truly believe that attitude plays one of the most important roles in being successful in anything one chooses to pursue, not just in having a voiceover career. I believe if there is something “unwanted” in my experience (a perceived problem), the best and most effective thing for me to do is usually to NOT give it very much attention, but notice it, allow it to be, and move forward toward what I want. Perhaps there is valuable information contained in this unwanted experience.

For that reason, it is always worthwhile to look at the problem long enough to see it clearly. But, once I’ve “mined the gold out of it,” I have no reason to keep thinking about the problem. This too shall pass, as long as I don’t get fixated on it and cause it to hang around longer than it needs to!

Indeed, by focusing on the things that we don’t want (i.e. “The economy stinks”, “there aren’t enough jobs out there”, “I’m not making enough money”) we put ourselves into alignment with a state of “lack,” and we actually become creators of the very things we are attempting to avoid.

Positive Thinking Alone is Not Enough

There is a lot of New Age thinking in the world today, which gets labeled as “Pollyanna-ish.” I agree that positive thinking alone is not enough. Beliefs and thought patterns can be ingrained very strongly within us, and are often extremely resistant to change.

My husband has worked for several years as a life coach helping people to dismantle their limiting beliefs, and choose to have the lives that they dare to dream. It’s entirely possible to achieve a more desireable life experience, but the thinking and beliefs need to get lined up properly to support that outcome.

So, to actually achieve success with a VO career, and the manifestation of thing we WANT — to be a successful, constantly working voice actor, it is important to have the proper positive perspectives, and eliminate the obstacles that can derail our thinking and ultimately our actions.

It’s a lot easier to think of ourselves as a failure, than to actually achieve success, so it’s critically important to disregard the limiting thoughts that roll around in our heads. They’re just thoughts, after all.

Tips for Changing Your Focus

In addition to focusing on what you WANT instead of what you don’t want, you can get your thoughts headed in a positive direction by using few techniques noted by SourcesofInsight:

I believe that universally, there are laws and principles in place, that will support us, and allow us to materialize the life and reality that we choose on this physical plane, regardless of any circumstance we can point to, that appears to be in the way – i.e. the economy, overpopulation of voice over actors, computer generated voices taking the place of actual voice actors, etc.

But, we must live in alignment with those laws and principles so that they can act as a tailwind rather than a headwind. And we must be willing to adapt to the constantly changing environment we now live in and step into the opportunities that are presented to us, even though it sometimes feels a little uncomfortable to take that step.

Debbie Grattan is a professional female voiceover actor who has been building a successful vo career for over 20 years. She’s been the “go to” artist for many production companies and recording studios across the US. Check out her voiceover demos, female voice actor bio and home recording studio specs for more information.