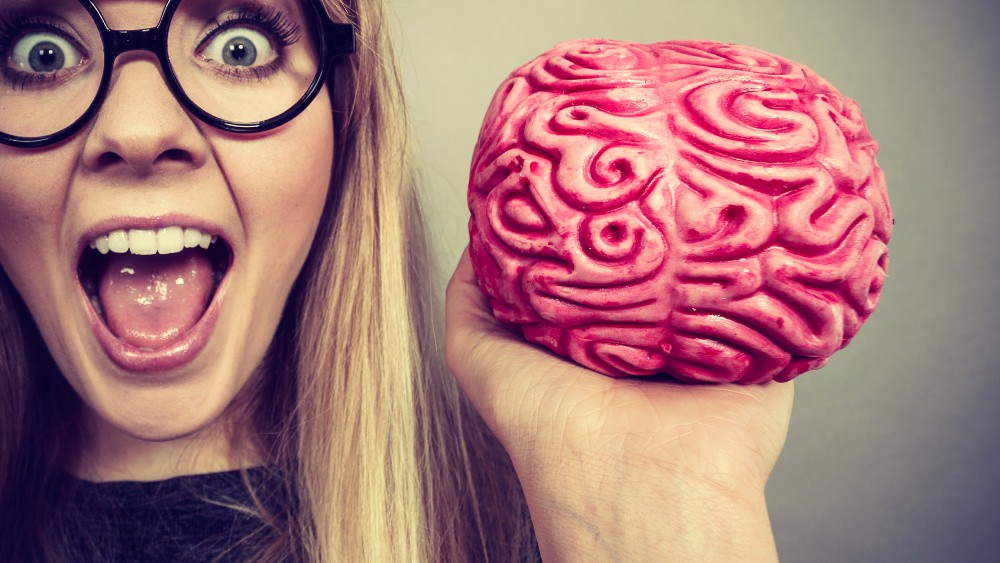 An out-of-the-blue email really caught my attention a few months back, and it continues to puzzle me today. The email was from someone who said they worked for Cracked.com (formerly Cracked Magazine) and wanted to interview me about some of my voice over experiences in the biz. My first thought was: “Cracked Magazine? Don’t they write funny, satirical cartoons and stuff?”

But, I took a look at their site and saw a wide array of articles on many topics – topics that would generate web traffic. Since being or becoming a voice over artist is a popular topic on the internet to some degree, it made sense that they were trying to tap into an interested readership.

My website probably had come up high on a general Google search for voice over artists, and that was how they found me. Made sense.

I don’t get asked to do many interviews, so I was excited to work on this.  To make things easy, the author sent me a few questions he (or maybe it was a she, hard to tell by the name) wanted me to answer in writing.

We had a little back and forth by email and I fine-tuned my answers over several revisions. After a couple of weeks, I sent off the finished interview and waited to hear details of when it would be published.

No reply. No acknowledgement of even receiving the document.

I followed up a few times by email and even tried to reach the person by phone and still nothing.

Guess I’m Not in Kansas Anymore

Was I suddenly living in a different parallel universe? Or maybe the author got hit by a bus (God forbid)! Very strange. Like having one of those “Wizard of Oz” moments where you wonder if you dreamed the whole thing.

Nope, I had the emails to prove it. Had I just been scammed in some way? No money was involved and all I had provided was a few answers to some questions. If it was a scam, it was a pretty pathetic one!

It was like this person had just dropped off the face of the planet. Maybe they suddenly left the company or got fired and the ball never got passed to someone else. That seemed like a possibility. Anyway, despite other attempts to get some contact from the company, nothing worked and I never got a reply.

So, rather than never having this interview see the light of day, I decided to post it here on my blog. Enjoy!

What would most surprise someone starting a career as a voice over artist today?

I think what would most surprise a person coming into the business today would be that the amount of time they will spend actually recording their voice for paying gigs is a relatively small percentage of their time (about 15% on average).

The modern landscape dictates a voice talent’s day is largely consumed by marketing activities, such as auditioning for agents and online casting sites, communicating with clients and prospects in social media and email, and staying in touch and top of mind any way you can.

Then there are all of the day-to-day chores you have to do when you run your own business. These include accounting, managing your technology, updating your database, and many other little things that all take significant time and attention.

I am fortunate to have my husband working full-time in my business, and he actually handles the majority of the marketing and business chores so I can stay focused on recording and the logistics of job requests and auditions. The percentage of time I spend on paid work is more like 85%, but that is only because I have a full-time employee. If you are running your business solo, which I think most voice talent are, then you’ll have to wear many hats and spend a lot of time on these other essential tasks.

How has doing voice overs changed over the years?

Many things have changed, mostly due to the presence of the internet. Home studios did not exist when I got my start as a voice actor back in the early ’90s in Southern California. The only people who could work in the profession lived around major cities that had a lot of recording studios. Los Angeles and New York were the dominant hubs in the U.S.

Now, thanks to the internet, you can have a home studio anywhere as long as you have a fast broadband connection. That development leads to what I see as the biggest change directly impacting how I run my business, and that is: The amount of competition has gone way up.

For most of my career, very few people outside of the business even knew what voice over was. Whenever someone asked me what I did for a living, I would have to explain it. Then I would still get a lot confused looks from people.

Now when I mention that I’m a voice over talent, I get, “Oh yeah, my friend/sister/neighbor is doing that, too! Can I have them call you so you can share some of your best tips?”

While there is a much larger supply of voice over opportunities in the world, there is also an exponentially larger number of voice talents all trying to win those jobs. You have to be much more strategic and thoughtful in how you get business these days. 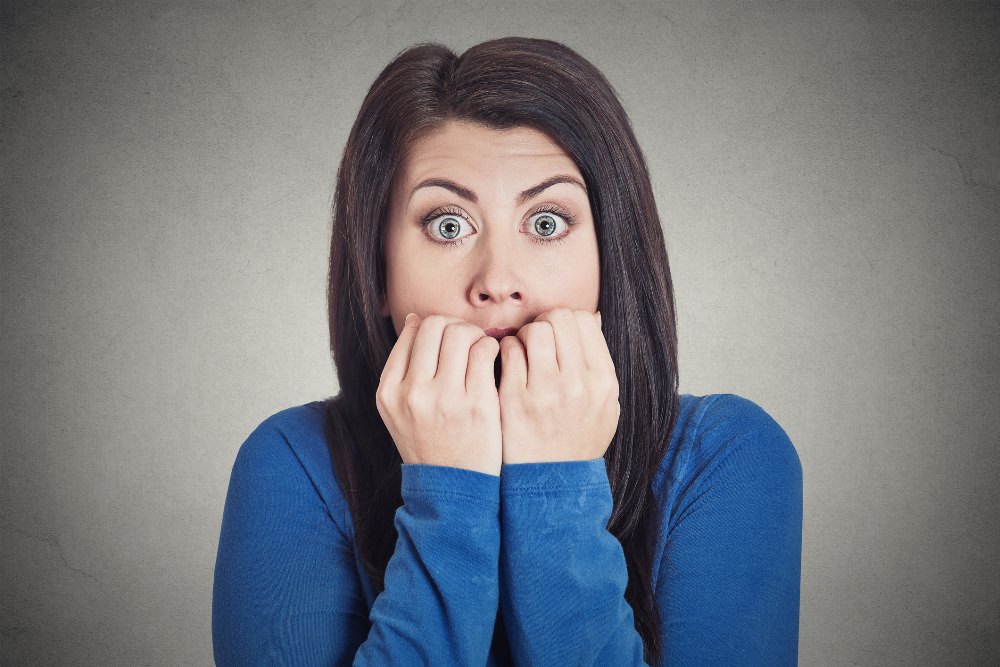 What is the scariest thing that has happened to you in the voice over business?

There have been many scary moments along the way, which is probably true for any entrepreneur running a small business. Almost all of my most memorable scary moments involve technology failing at extremely inopportune times. It’s rare that this happens because we keep everything updated and well-maintained, but sometimes hardware or software just stops working and you have what feels like milliseconds to figure out what is going on and how to get it fixed.

Last year, my recording software abruptly stopped loading, ultimately resulting in a switch to a different software program with a significant learning curve. This happened right at the start of the year, with a full lineup of jobs waiting to be recorded. It was pretty stressful for a few days as we figured out what we needed to do to get back up and running while ensuring clients received everything they needed on time.

For a voice over talent, if you’re not recording, you’re not making money. So you have to be able to troubleshoot things quickly and come up with a solution. Beyond my husband, who has some good technical experience and know-how, I have several techs and audio experts I can call on when necessary.

Without those kinds of resources, things can get very scary very quickly. If I can’t deliver what my clients need on time, there’s always the chance they will look for someone else who can.

What is the weirdest voice over job you ever had?

My vote goes for the sexy weather forecaster gig. Several years back, I was hired on a project which involved attractive scantily clad women presenting weather forecasts for online subscribers. Subscribers would see still photos of attractive bikini models motioning to portions of the U.S. map while a voice over talent recited the day’s weather forecast.

I was hired to provide the voice for one of the models. The service was a bust (haha), but the client did pay me for several recording sessions that we completed as part of the launch.

What was the happiest voice over job you ever landed?

My happiest thing is definitely being one of the voices at the Happiest Place on Earth – Disneyland. When I was living in Southern California, I was recording some of the park announcements for Magic Music Days, holiday celebrations and special events. Then, when they opened Disney’s California Adventure (DCA), they offered me the role of being the Voice of the Park, welcoming guests with pre-recorded announcements for various activities.

I had to give up the gig when I moved away from So Cal, but for a few years it was fun being recognized by friends who heard me on their visits to DCA.

Where have I heard your voice?

That’s one of the first questions I tend to get when folks find out I do voice over for a living. While I do a good deal of TV and radio spots in local and regional markets, the most widely played spot was probably the one for the original Pillow Pets.

Many of the projects I’ve completed are for internal use by companies and not heard by the general public, although I have cultivated a niche over the years on television as the voice for many children’s infomercial products.  I’ve recorded a few dozen different kids’ products and toys, as well as other direct-response advertisers, marketing everything from make-up to teeth whiteners to exercise equipment.

You might also hear me narrating a web video, directing you on voicemail options on a company’s IVR system, or teaching you something profound and useful in a continuing education course.

While I may never find out what happened to the person who sent the initial email, at least I know the interview has been put to use. In addition to providing info that could be helpful or entertaining to someone else, it also gave me a chance to think back on my happiest, scariest, and by far weirdest moment in the voice over biz.

Please feel free to share some of yours down below! What were your weirdest, wildest, scariest, and happiest experiences so far in voice over?