Female Commercial Voice Over Actress Debbie Grattan reviews the highlights from her ongoing “Think Like a Producer” series of articles. In Part 1, she looks at the tips that have been shared around the Art of Voice Over.

As a working voice over actress, I have a pretty fun (and extraordinarily challenging) job and I get to talk with a lot of very interesting people. It’s been a great experience to have the opportunity to interview several professional producers, marketing and advertising execs, recording engineers and voice over pros during my “Think Like a Producer” series. I plan on continuing this series through the end of 2012 and perhaps beyond. Looking back over all of the interviews we’ve completed to date, I was struck by how much knowledge, wisdom and good advice has been shared. So, I wanted to take stock of what we’ve covered so far and provide a summary of the best voice over actress tips and advice we’ve heard to this point.

Some of these items might seem a bit obvious, but just because they are obvious doesn’t mean you should dismiss them. Sometimes, one little tip can make a world of difference for a humble voice over actress.

Tips On How to Be a Successful Voice Over Actress

Consistency is very important. Especially when being hired for a project that may require changes made weeks or months down the road. Everything has to match and line up pretty seamlessly. (Dave Louis of Audio Images)

2. Video production is where it’s at these days. As a voice over actress you need to be able to show your strength in two to three minute videos that have a range of emotion and excitement. There’s a particular skill in knowing how to get into something, drive it along for three minutes and be entertaining at the same time. (Scott Tingwald of Villing & Company, Inc.) 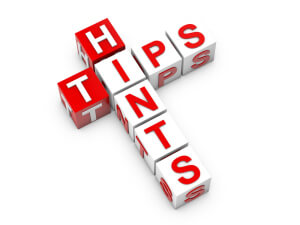 3. Producers love to hire a voice over actress who can deliver a read that’s even better than what the producer had in mind. This usually requires solid training, experience, versatility and good instincts.

When in a session, keep things business like and don’t spend unnecessary time trying to socialize and chit-chat with the producer. It’s fine to do that a little bit, but many times that producer is very busy and has several things to do after your session, so don’t keep them on the phonepatch or ISDN line longer than you need to. (Cheril Hendry of Brandtailers)

4. Very few voice talents can do everything. Play to your strengths and only put your best work on your reel. Develop a thick skin so that you can easily take suggestions and criticism. There is a lot of competition and an enormous amount of rejection built into the voice over actress profession. You have to be able to deal with that on a daily basis in order to have a successful voice over acting career. (Joel Newport of Harvest Creative Services)

5. Be yourself as much as possible when reading copy, whether it be for an audition or for a job. The more truly authentic and real you are, the more attractive you’ll be to the listener. There’s going to be that person that hears some characteristic that appeals to them, whether it’s the tonality, the way you deliver, or how you inflect.

Part of the reason we hear well-known celebrity actors doing so much voice over work is because they instinctively know what is needed to drive the spot and they understand the copy. They have the acting training that delivers the nuance advertisers are looking for. There is also, the credibility factor, which is huge. (Ed Victor, Voice Over Talent and former Advertising Exec)

Read Part 2 of this recap “Voice Over Marketing Tips From Producers Who Hire Voice Talent”, which covers some specific marketing tips that have been shared.