The voice over acting business is going through something similar to what the music business has been grappling with in recent years.

Voice Over Agents (like record labels) are getting squeezed out more and more as the voice over actors (like music recording artists) find ways to go directly to their clients (consumers) via new forms of technology, especially the internet.

There is a word for this phenomenon. It’s called “Disintermediation” and it is defined as the “removal of the intermediaries or middlemen in a supply chain.”

Other examples of businesses or industries that have been strongly impacted by disintermediation are: Computers (both hardware and software), travel agencies, bookstores, video stores and stock purchasing.

Two markets that are currently in progress of disintermediation in a big way (in addition to voice over acting) are the real estate market; RE agents are getting squeezed out due to online homeseller transparency, and education, as online education continues to erode enrollment in traditional schools and universities.

It is interesting to look at how this process of disintermediation has affected how I spend my time each day as a working voice over talent.

The Old School Way to Start Voice Over Acting

Back when I first started voice over acting in the early 1990’s, the internet was not the marketing tool that it is today. In order to get a voice over acting job, I had to physically go out on an audition or be booked for a job by my talent agency. That always meant driving many miles to studios or casting agents in Los Angeles, San Diego or somewhere in between. No problem, I was young, single, carefree, gas was only $1.15 per gallon and I drove a very reliable Toyota Corolla!

I also had to find ways to establish and maintain relationships with recording studios and producers who I met along my travels. Because I’m a pretty social person by nature, I excelled at making connections with people who hire, or even suggest voice over acting talent to clients. As a result, I booked more and more voice over acting jobs and the momentum eventually began to build over time.

At this stage of the voice over timeline, making it in this business was fundamentally contingent on where you lived and who you knew. You HAD to live in a major market or metropolitan area, or at least be willing to commute to those areas on a regular basis. You HAD to know the kinds of people who could offer you voice over acting opportunities.

So, living in Orange County, California was perfect for me to get my feet wet and start building a career as a voice over talent.

Then, Along Came Technology

Technology can be a blessing or a curse depending on where you stand in relationship to it. Looking back, it would have been truly impossible for me to have started my voice over acting career living where I do now in Southwestern Michigan. 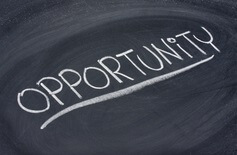 Likewise, were it not for technological advances that make home recording studios now possible and even easy to set up, I could never have even dreamed of moving out of crowded, traffic-jammed, expensive Southern California when it was time to start a family, buy a bigger home and shift gears into a more stable and practical lifestyle.

On the other hand, because of technology, I now have to compete with a lot more voice talent than I ever did in the past. This fact has forced me to constantly work on improving my marketing skills and continually adapt to the changing voice over acting landscape.

If I was trying to start my voice over acting business today, I honestly don’t know how far I would get in that process. Even though the access to jobs and opportunities is greatly expanded to the point where virtually anybody can set up a studio and start auditioning for (and hopefully booking) lots of voice over acting gigs, I actually think it is much harder to “make it” in this business today than it was twenty years ago. And by “make it,” I mean ramp it up to the level where you can make a living at it as your sole source of income.

In Part 2 of this article I look more at the impact of technology on voice over acting, and specifically on what skills and abilities beyond acting training are needed for today’s voice over actors.

Debbie Grattan has been in the voice over acting profession for more than 20 years. She has collaborated on thousands of projects and partnered with hundreds of production companies, marketing and advertising firms, commercial voice-over recording studios and corporate/business clients around the United States and throughout the world. Check out her Voice Over Acting Demos and request a Voice Over Services Quote for an upcoming project.