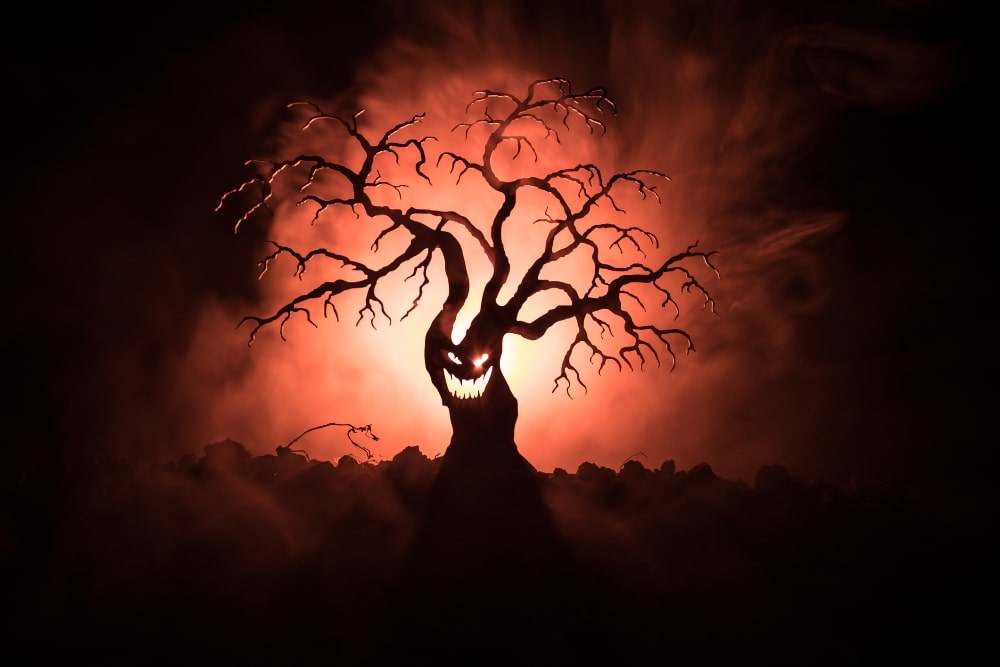 With Halloween heading our way, you may be expecting goblins, ghouls, ghosts and other scary costumes. But there’s something even more frightening that could sneak up on you at any time of the year, and you may never see it coming.

This is something we first became aware of a couple of years back, when our health insurance provider mentioned the subject in an email notice. And we decided to write a blog post about this topic now, after reading about the very scary situation that fellow voice over artist, Paul Strikwerda has been dealing with over the past six months. Be sure to read his post, “Losing My Voice” to get his full harrowing story and why it relates to this post.

Unlike the very direct threat to health and career that Paul has been dealing with for the past several months, the threat I want to talk about is a threat for which you may think you are fully covered by your health insurance – but in reality you probably have very little or no protection against it. And, because of that exposure, you are vulnerable to a potentially catastrophic financial event.

Radiologist Dr. Naveed Khan found out about this high-cost exposure the hard way, as told in a story published in the October MASA newsletter. Khan was taking his first ride on an all-terrain vehicle in Texas, eventually taking the wheel from his pal. While driving in circles in the sand, the ATV tilted and then tipped over on its side, landing on Khan’s left arm.

Although lightheaded, the 35-year-old doctor was able to extricate his arm, tie a jacket around his massive arm wound, and right the ATV to drive back toward the street to call for help. His 911 call resulted in an ambulance ride to the emergency room of the nearest hospital, but his wound required immediate treatment from a more advanced trauma center if there were any hopes of saving his arm.

This resulted in a helicopter ride to the nearest trauma center, which was more than 100 miles away. After immediate emergency treatment, Khan was forced to endure weeks in the hospital and a grand total of eight surgeries to try to save his arm.

Obviously, you would expect the medical bills for an accident like this to be in the tens or even hundreds of thousands of dollars. But, that is why we buy health insurance, right? To protect us from big financial setbacks due to one bad accident. Well, in Dr. Khan’s case, his health insurance did cover most of the costs involved in his accident. However, there was one bill which was not fully covered.

The bill for the air ambulance flight alone came to $56,000, which Khan’s health insurance carrier initially refused to pay. His carrier, Blue Cross Blue Shield of Texas, eventually covered about $12,000 of the air ambulance bill, leaving Dr. Khan responsible for the remaining $44,000. 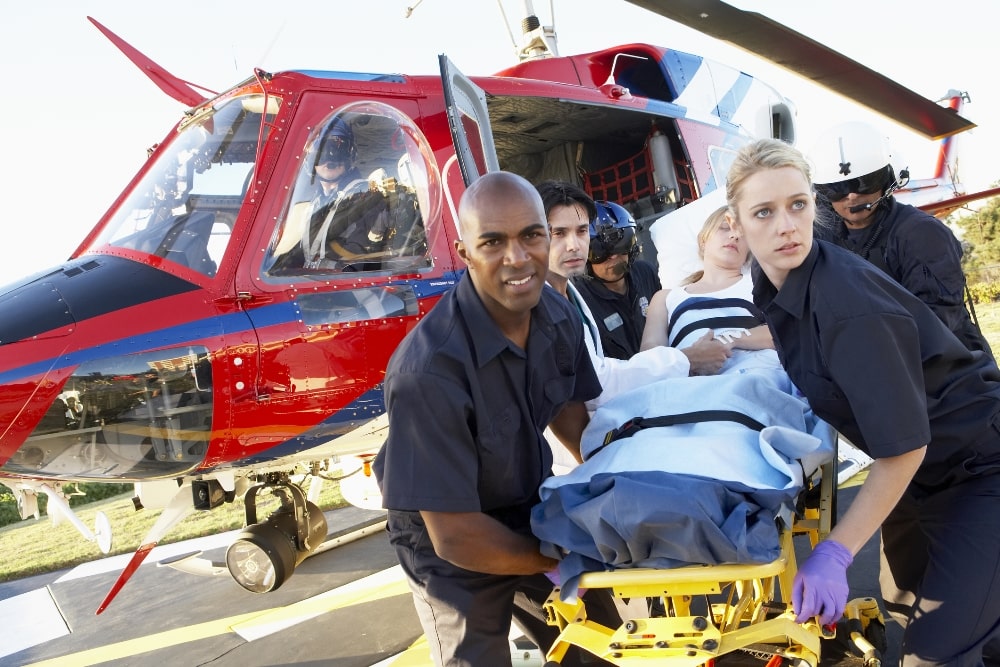 Khan’s story is a tragic one, but the Medical Air Services Association (MASA) says it’s not at all uncommon. Americans have a one in 12 chance of needing life-saving care within our lifetime, according to Mutual Aid Ambulance Service, and a one in four chance of needing an ambulance for non-emergency transport. Stats from the Association of Air Medical Services note that more than 550,000 people across the U.S. end up using air ambulance services each year.

The odds that you or someone in your immediate family will need emergency air transportation are much higher than you may think. Yet, up until now, health insurance providers do not include coverage for this potentially massive expense.

Air ambulances are not regulated as healthcare, but instead as part of the aviation industry. That gives them the freedom to charge what they want. Insurance companies have caps on the amount they are required to reimburse, if they reimburse you at all.

The cost of emergency transportation is not cheap, regardless of the type of vehicle, and non-emergency medical transport isn’t much cheaper. Most health insurance policies don’t cover the bill for either one and, if they do cover part of it, your deductibles or premiums may increase.

MASA notes what you can expect to pay for different emergency transport services:

Medical evacuations while on vacation are another high-cost area, with Allianz Travel Insurance outlining typical costs at some popular vacation destinations.

Typical Costs to be medically evacuated in other countries:

Keep in mind these are only the costs for getting you to the hospital in the country you are in at the time. They don’t include the cost of treatment or the cost of getting you back home to the U.S. If you’re traveling home on a stretcher on a commercial flight with a medical escort, you would need to purchase eight airplane seats to accommodate the stretcher, along with paying about $25,000 for the nurse traveling with you.

These costs can be particularly devastating to voice over artists and other self-employed professionals, with a high enough medical transportation bill having the ability to wipe out our savings – or even drive us into bankruptcy or financial ruin. 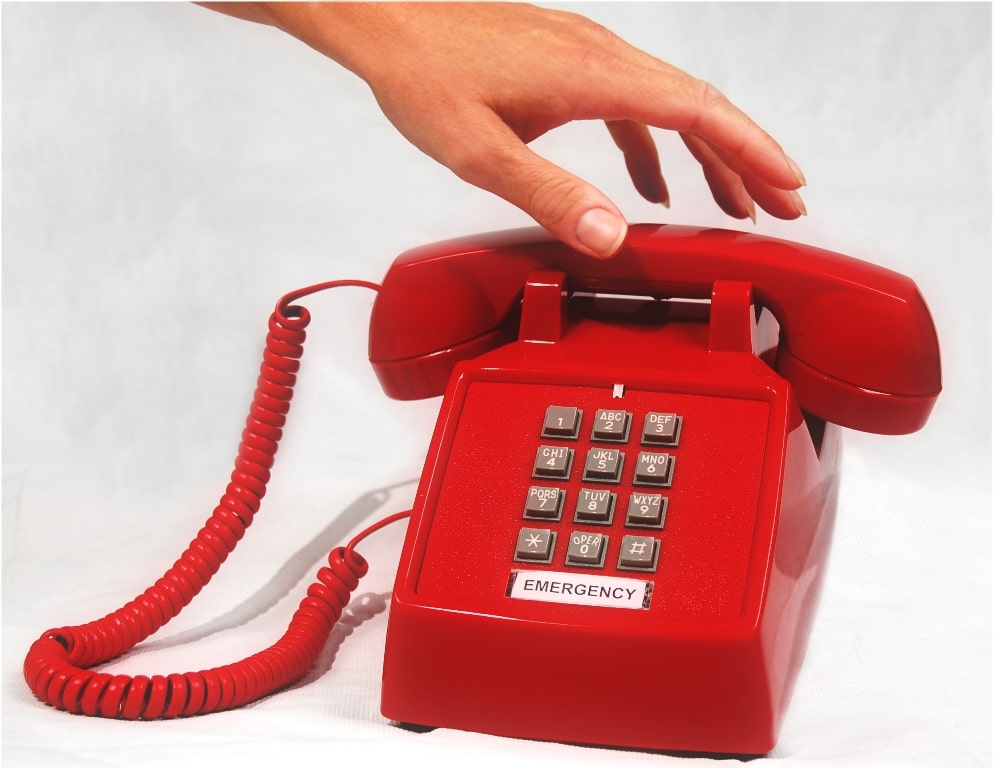 Thankfully I can get these scary thoughts out of my own mind now and we have covered this exposure thoroughly with a supplemental coverage. As my husband became aware of this gap in coverage a couple of years ago, he investigated several different options. He ultimately came across a company that offers emergency medical transportation coverage for our entire family of four, whether we’re in the U.S. or outside the country, for only $60 per month.

The monthly premium is reasonable, particularly for the generous amount of coverage we receive. Any and all emergency transportation costs for anyone in our family is 100% covered by this insurance, with no deductibles involved. If we have the need for emergency transport, we don’t have to worry at the time of the accident about who to call or how much it’s going to cost. Whatever emergency transport bills we receive afterward will be forwarded to MASA and they pay them on our behalf. Having this type of coverage replaces the potentially frightening scenarios in the back of my head with total peace of mind.

For more information, please visit their website: https://www.medairservices.com  We receive no benefit or financial reward for recommending this company.

While we like when Halloween is filled with scary goblins, ghoul and ghost costumes, we can definitely live without the real-life scary thoughts. Hope this helps bring awareness to the issue so that we can all have a very safe and happy Halloween.