Radio and TV Commercial Voiceovers Talent Debbie Grattan offers some helpful suggestions and advice (based on her 20+ years of experience) for anyone wanting to know how to break into the voiceover business.

People often ask me about how to break into radio and tv commercial voiceovers. Lately, my standard tidbit of advice has become “google it” because you can find all kinds of good information on the internet about how to get into the radio and tv commercial voiceovers business. But, when I first got my start in the voiceover business, the internet didn’t even exist (as far as most people knew) and “google” was just a really big number that I vaguely recalled from a high school math class I often snoozed through.

The truth is, just like in any business, it takes a significant amount of time and effort to build and maintain a career as a successful voiceover actor. This holds true for radio and tv commercial voiceovers work, as well as most types of narration jobs. Looking back over the years, I see many, many in person connections that were made with recording studios, production companies, talent agencies and clients. And, even before that, there was the training, in both stage acting and as a voiceover actor specifically, that allowed me to get to a level where I could be hired repeatedly to deliver my voiceover services.

But, like most things in life, just because something looks (or sounds) easy, doesn’t mean that it actually IS easy. I wish I had a dollar for every time someone called me during the past 20 years and said, “My (pick one… friend, spouse, neighbor, dog) thinks I have a really great voice and that I should get into the voiceover business as my new profession. Can you tell me how to go about doing that?” 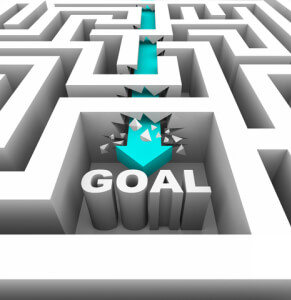 I was trained as an actor on stage starting in college, and later performed in many productions in and around Southern California over a 15 year period (this all back in the 80s and 90s). Add to that several television appearances, commercials, and even a couple of movies. I believe that my acting skills are really the foundation that has allowed me to make a pretty good living as a female Voiceover actor through the years. Here is what you can do if you’re interested in getting into the voiceover business:

I feel the key to getting started in the radio and tv commercial voiceovers business (and this is always what I tell any aspiring new voice talent) is in taking a good quality professional voiceover acting workshop like those offered in the major markets of LA, Chicago and New York. I studied with Kalmenson & Kalmenson and Voicecasters in LA, two of the best around at the time (and I believe still to this day).

Not only will you learn some of the fundamentals of the craft of voiceover acting, but you’ll get to find out what’s really involved and required in order to be successful in this type of business. It’s important to learn this early, so you can decide if you are really up to putting forth the investment of time and effort that it’s going to take to truly make it long term.

There’s a lot more to it than most people realize, especially in this day and age, with our new technology standards. I probably spend less than 20% of my time actually recording audio tracks these days. The rest of the time is devoted to running a business; editing projects, marketing, submitting auditions, invoicing, updating my website, doing social media networking, keeping track of clients, returning phone calls and emails, and simply taking care of all the little details that one must take care of as a business owner. It’s a full time job just to do all of that stuff! Luckily I have some help from my husband, who has pitched in to varying degrees over the years, and is currently keeping my website high in the search engines, and implementing internet marketing strategies to bring in even more business.

Many people naively think that just because they have a good sounding voice, they can buy some equipment and build a decent home recording studio and break into the business. While that may still be possible for a lucky, talented few, most just don’t have the foundation to do this type of work and create a lasting successful income. It looks and sounds really easy when you hear a voiceover actor on a commercial and think “I can do that!” But, to actually be able to give a director exaclty what they want in a session, and get to the sound they are looking for with no reference to copy or imitate, and get it in the time needed, and do that over and over again for many different clients… That takes a skill set which can only come (except for those very talented few) through hard work, dedication and experience.

Just getting to a point to where you are in a position to actually book a job, with all of those foundational elements handled and in place, is enough to allow only those that are truly motivated, and equally talented, to make a go of it.

If I sound a bit discouraging, I’m sorry. I don’t mean to rain on anybody’s parade. I’m just very aware that there are an awful lot of websites and slick promoters out there who will tell you that becoming a voiceover actor is easy. That anybody with a good sounding voice should go for it, and if you just pay this nominal $1000 (or $4000) fee we’ll get you all set up with some classes and a great sounding demo that will allow you to make scads of cash in no time at all!

As the saying goes…”If it sounds too good, it’s probably been voiced by a pro voiceover actor.”

To make any decent money in this profession (on a consistent basis) will require a great deal of commitment, training, dedication and luck. It’s a tough business… Even tougher now than it was 10 years ago because there is so much competition. If you are up for that challenge, then I say “best of luck, go get ’em” and I’ll wish you much success. And, maybe I’ll “see” you at the next audition.

Debbie Grattan is a professional female voiceover actor who has been doing voice over work for more than 20 years. She’s been a “go to” artist for many production companies and recording studios across the US for several years. Check out Debbie’s Radio and TV Commerical Voiceovers Demos and request a Custom Voiceover Acting Audition or Quote for your upcoming project.